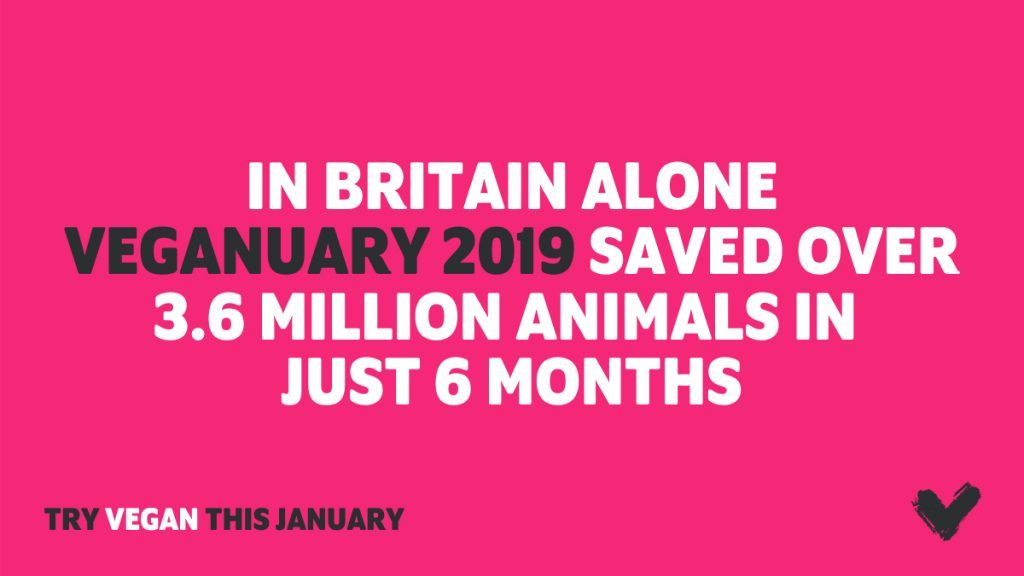 Veganuary is a non-profit organisation that encourages people worldwide to try a vegan diet for the whole of January. During the 2019 campaign, more than a quarter of a million people took part in this challenge.

Why the vegan diet?

There are many reasons why someone should be vegan. Most people do it to try to lower animal suffering and slaughter at farms, but there are also environmental reasons and on top of it vegan diet has many health benefits.

For example, if you go vegan today, 6 months from now, you will have saved approximately:

If you have been thinking of being vegan, then taking part of Veganuary is great way to start and challenge yourself.

They answered some of the questions about the vegan lifestyle:

What are the 3 main things you would recommend to someone who wants to educate herself on how vegans adjust their lifestyle from the regular western diet?

What has been the most positive result of veganism? 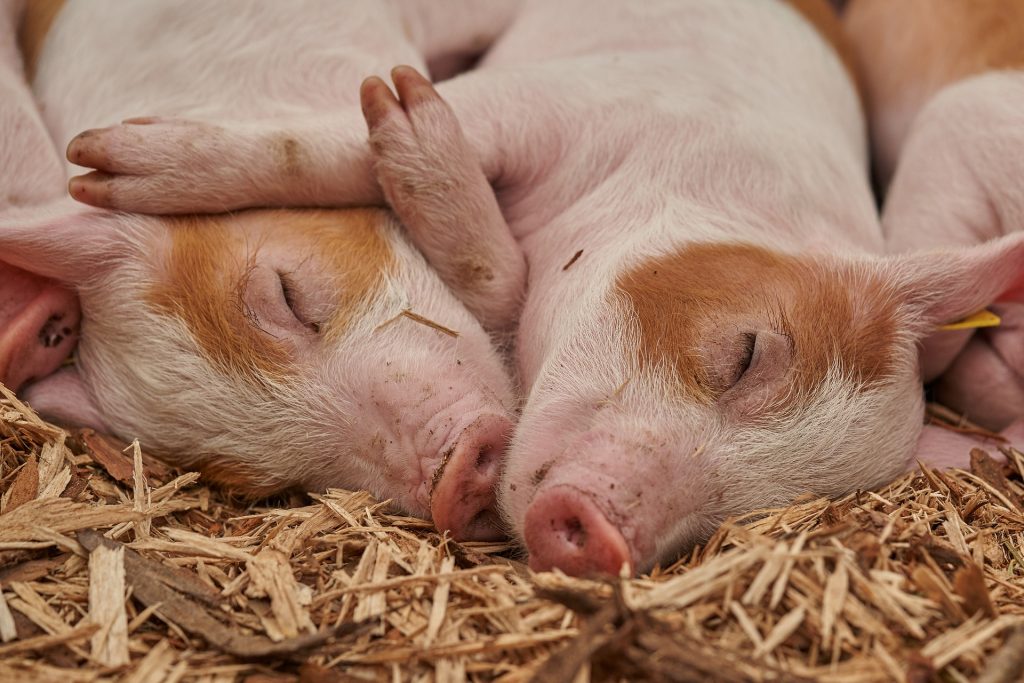 The general belief is that vegans do not get enough nutrients or protein due to foods they exclude from their diets. Based on personal experience, is it easy to track all your nutrients on a daily basis as a vegan?

By coincidence, Ivo had a “Thriva” blood test done just a few days ago. Before that, we were speculating that probably his B12 will be low as this is very common among vegans. By surprise, all his nutritional levels were superb. Also, the protein levels were showing maximum.

Worries about the lack of nutrients in vegan’s body are not usually justified. Although meat products are very nutritious, we need to go back to basics and understand, where do the animals that we eat, get those nutrients from? The answer is very simple: from the same stuff that vegans eat… Do not forget that the meat we eat is those days so heavily processed that it is questionable, how much nutritional benefits we actually get? However, what we can be sure of is that meet products do come with a heavy dosage of carcinogens that is cancer’s starter kit.

Do you need to plan your menu ahead much more compared to the times when you were not vegan?

Vice versa, it feels that since we started the plant-based, wholefoods diet, everything is more simplified.

How do people generally react after finding out you being vegan? Have there been times when it was difficult for you to explain it to someone because they were so against it?

We are not “activists” vegans, we eat plant-based food not because someone told us to do so. Hence, we are not very loud about that. If someone asks about our diet then we answer their question, but we won’t try to change their ways. Everyone has to change at their own base and only when they want to! Surely there are many vegans who disagree with this as the planet cannot sustain the animal agriculture. However, we need to be realistic about how we change peoples’ views. We have many friends that have followed us on this journey, but they have done it only because they see how easy it is for us and how delicious meals we eat. Pushing the guilt buttons on people won’t do any good.

People do not only go vegan due to health benefits but due to the fact that they do not want to support the animal industry which often harms animals. What do you think are other reasons to go vegan?

Animal agriculture is the biggest source of CO2 and Greenhouse emissions. It produces more than all the transportation systems put together. We mean all the cars, lorries, airplanes, large cruise ships, etc, etc. More that 80% of all the farmland in the world is used to produce food for animals and not for humans; therefore, billions of hectares of forest have been destroyed including Amazon rain forest – and all of this to feed the animals that we eat. Manure that is produced by this is killing wildlife in our rivers and oceans, not to mention the colossal health hazard that millions of people are forced to face on a daily bases. Our planet is in breaking point, but we could easily change that if we could make the change which is so simple yet scared by so many. If our children’s future is not good enough reason to give up the animal products, then we don’t know what is…

Do you think you will ever see a period of time where the majority of people go vegan?

Although the last few years has shown many positive changes, in the world perspective, things are only getting worse. As the human population is growing at such a fast rate, for every 1 person that goes vegan, 100 meat-eaters have been born. Yet, every one of us should change the world by changing ourselves first. We are staying optimistic that soon we cross the tipping point and the people will see meat-eating as unpopular and disgusting as smoking. Nevertheless, if this won’t happen, then sooner or later we will be forced to start eating plant-based foods, as the climate won’t let us spend all our resources on feeding animals. We hope that the world won’t see this day anytime soon!

What is your favorite vegan food?

Do you miss any non-vegan foods?

Very rarely we get cravings for fish, yet our mind always changes when we are walking into the morgue section of the supermarket.

We encourage you to try a vegan diet for a month or swap one day a week for plant-based food. We don’t need a handful of people having a perfect vegan diet. We need millions of people doing it imperfectly.

Any cookies that may not be particularly necessary for the website to function and is used specifically to collect user personal data via analytics, ads, other embedded contents are termed as non-necessary cookies. It is mandatory to procure user consent prior to running these cookies on your website.